As Sophie Gauthier announced in the language of Voltaire, LibreOffice was branched for the beta phase in view of the 3.6 release. This is a major step in order to bring the features we were working on during the last half a year to the end users. But, it is also oportunity to bring to the main codebase all the nifty nice features that were developed in feature branches and targeted for the next big release, presumably the 3.7.

It is this way that the first version of our new Microsoft Publisher import filter landed to the master. This filter is developed by Brennan Vincent from the University of Arizona in the frame of the Google Summer of Code. Although being a work in progress and supporting for the while only the Publisher 2003 file-format, the progress is spectacular. Brennan has been busy like a bee even long before the start of the program. After only two weeks from the official kick-off, we have a first (non-)release, libmspub-0.0.0.

And as the careful readers of this blog already know, an image speaks louder then thousand words, here are the pics:

A random document from the Internet opened in Microsoft Publisher 2003: 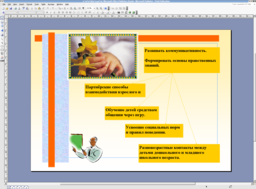 The same document opened in LibreOffice master build from yesterday: 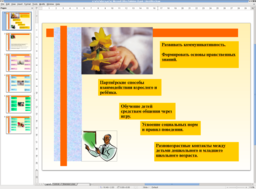 With Valek Filippov, we have a lot of fun mentoring this project. If anybody of the distinguished readership wants to join this effort, the code of libmspub lives in LibreOffice freedesktop.org repository. The patches can be sent to libreoffice-dev mailing list. And, do not forget to find a way to join the #libreoffice-dev channel at irc.freenode.net in order to meet other developers.

You will never regret the decision to get involved in LibreOffice.